When you google it, MENSA throws up. Not a very smart acronym, this one. But try harder, and you will find the definition for it.

A new acronym. A fad. A smart ( and pretentious) way to club together groups of countries ? Well, that depends on the way one looks at it. But to me, this makes sense.

According to a few important reports that came out recently, this region will define the future of the world – the key argument being one of demographics and also resources. The one that i read in some depth is the one by the management consulting firm Mc Kinsey. If one observes the ongoings in the MENA region, with the Arab Spring, this seems like a far-stretched argument.

But let’s take the long-term view. Social change takes decades, not months and weeks ( often the time-span that traditional media uses as a frame of reference).

The arguments for MENASA can be summed up as :

A recent report by Mc Kinsey pointed to the demographics as well as the wealth of human resources in the region – which are full of entrepreneurial zeal ( refer:http://www.menasaforum.ae/partners/official/files/Perspectives%20on%20MENASA.PDF).

The region is set to generate nine per cent of the world’s total growth in gross domestic product in the next 10 years, up from its current five per cent share. And during this period it is slated to achieve real growth rates of six to seven per cent. The western economies have stopped growing or are experiencing deceleration, while the economies of MENASA continue to grow.

McKinsey estimates cumulative financial inflows from hydrocarbon exports in these countries could exceed $9trn by 2020.

India, Pakistan, Egypt and Turkey account for 92 per cent of the region’s population.

We also see that the widespread use of English in India, Pakistan and Egypt and French in Morocco, coupled with these countries’ significant pool of skilled people and the relatively low labour costs, make them attractive destinations for companies looking to outsource support functions and value-added services such as legal and accounting services. This is already happening in a big way and will continue to grow in the years to come.

But isn’t all of this fantastical thinking, in the absence of democratic institutions and also recourse to law and strong contractual systems ? This is a valid argument, especially when one reads of businesses suffering due to lack of transparency as well as red-tapism and corruption.

But with the growth in economies and greater demand for transparency and better systems, things are bound to change. In India, there is the Right to Information Act ( RTI), which is being implemented in several states, and has made the government more accountable.

Similarly, the Arab spring is bound to bring in better systems, which are more robust and responsive to the citizen’s needs.

An impossibly hard task – how do people do it ?

I  will start with a confession : This blog post is one of the hardest that I have written so far. Not because I don’t know much about my country of origin, but precisely because of it. India is such a complex, vast, diverse and mixed up place, anything that anyone says can be simultaneously true and false. It is a land of ultimate contradictions and can befuddle  a casual observer. 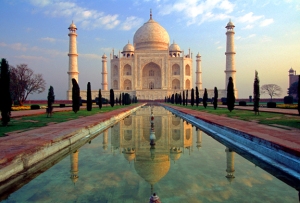 Additionally, I am not one of the most patriotic person you will find. My heart doesn’t skip a beat when India wins a cricket match against some team.  I hardly watch the sport, and don’t have much care for people who cant stop talking about the latest Bollywood flick.

Each time I read an Op-ed in NY Times or the Post,  I re-read the article to see where the writer is coming from, and how thorough his/her understanding is. I must admit, that ever after many years of living in India, most journalists don’t “get it”; as one of my dear journalist friend, who writes for the WSJ confessed.  A Jew from NYC who has been in South East Asia for almost  a decade, she told me that “the more I learn about India and Indians, the less I seem to know it”. And knowing her, I don’t think she was joking. She meant it. Seriously.

Hyperbole, exaggerations, simple interpretations of complex structures which have evolved over centuries  all make the writing weak.

I believe that one of the unique qualifications that one needs to write about India seems to be that the person should have lived there for years. Decades is better, as the country shows itself in so many different ways – over a period of time.

This is one of the reasons I have resisted about writing about India, but I will try – and hopefully do a decent job of it henceforth.

As India comes into its own and starts donating money to the world (according to a news item I read recently on Al Jazeera English), India just committed to a development aid of about $ 5bn to African countries just last week. This is truly a remarkable event. Coming from zero growth rate to one where the country is registering ober 9 % annual growth in Gross Domestic Product is amazing. This, when the entire world is feeling the effects of the recession.

Coming back to my original thought of why it is so hard to write about India : my hypothesis is simple : The India that VS Naipaul, Salman Rushdie, Khushwant Singgh and all the “oldies” wrote about is changing. The “new” India is different. It is being defined by some very savvy, smart, self-assured people who are the movers and shakers in the global marketplace.

The new India is not about an India that receives, but one which gives to the world. It is an India which is realizing that there is strength in being the largest democracy ( by some accounts dysfunctional).  These people are not your regular “Indians”. They are global citizens who have seen the world, traveled widely, experienced the world differently than what their parents did and hence, have a very different self-image.

The “New India” is also one in which its position and the way in which the world sees it is changing.

It is also an India in which massive poverty exists alongside abundance of wealth. I still remember the furore that was caused by the 27 storied building that Billionarie Ambani built in Mumbai as a residence, overlooking the biggest slum in the world. This is also the new India – where gratuitous display of wealth is becoming the norm.  But there is also a renewed sense of confidence and a unique place under the sun.

I felt this during my most recent visit to India in March 2011. I was going home after nearly two years of being in the USA and I could see the transformation of the country, not only in terms of the purchasing power of the growing middle class, but also the confidence with which my fellow Indians spoke of their own careers, lives and the direction in which the country was going.

Lest I be accused of focusing only on the middle class, I must also add that many of the people I spoke with included the poor, un-educated and illiterate, who saw increasing opportunities in bigger cities – Hyderabad and Bangalore for instance; where better opportunities and chances of earning  a livelihood compelled them to move.