How does one think about a special interest group? Are they the ‘tail wagging the dog’? Or more realistically, just power-brokers who are go-in-betweens, managing perceptions, raising money and buying out influence, for those who they work? The answer is something in between. While I don’t agree that lobbies are all powerful, they do wield significant influence that cannot be denied. But they also operate within certain constraints, as Stephen Walt warns us in his article How not to think about the Israeli lobby. Recent failures of the Israeli lobby – including not being able to get the US into war in Syria – (until now) is an indication of its limited influence. It took nearly three years before the U.S. decided to intervene in Syria, and that too, only when ISIL is involved. 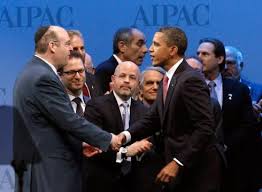 I spoke with a group of American students, quite recently, about ‘Israel Lobby and US Foreign policy’ a topic I am somewhat familiar with. Having researched this topic for over two years while at Syracuse University, I gave up and changed tracks. After a while, I was exhausted – both intellectually and emotionally at the developments (or lack thereof) in Palestine. It is a hard topic to research, especially if one is invested in some way – either intellectually or emotionally. As a bystander, I was not as invested in the topic, but morally; I felt (and still do) that all fair-minded people should intervene to end the Israeli occupation of Palestine, though the two state solution may not exactly be the way to go. “Israel is like a piece of cheese, with the holes for settlements. How will you ever divide that into two countries”, said one of my favorite professors on campus. I believed him and still do. Though I harbored faith in the two state solution at one point, I don’t think it is practically feasible, given current realities on ground.

The American students I spoke to were critical, skeptical but at the same time optimistic that there is a solution to the crisis. With the Israel lobby question in mind, I did not have to struggle too hard to convince them that those in ‘real’ power had to make hard choices, some wise decisions and come to some consensus on what the way forward is. And to put things in context, I was speaking with students in the ‘Bible Belt,’ and that fundamentalist Christians are more pro-Israel than many American Jews, as this poll by Pew Research shows. The status quo won’t work is something these students realize. Even the most ardent pro-Israeli student in the room realized that the obstacles to ‘peace’ are internal to the Israeli establishment and this discourse is aided by American support. Peter Beinart’s question of whether the ‘liberal Zionists’ ideals’ of a free and democratic Israel that uphold human rights, justice are dead, is worth asking.

In a recent Op-Ed in New York Times, Mairav Zonszein argues that there is a vilification campaign going on in Israel against those who dare speak out against the state.Zonszein says “The vilification of the few Israelis who don’t subscribe to right-wing doctrine is not new. Similar acts of incitement occurred before the assassination of Prime Minister Yitzhak Rabin in 1995. But now they have multiplied, escalated and spread.” The discourse of ‘Us vs. them’ seems to have been incorporated by the Israeli establishment, very effectively and any dissent is labeled as anti-Semitism. The most recent ‘war in Gaza’ demonstrated this fact. Social media was abuzz with discussions, fights and arguments about whether Israel had the right to ‘defend’ itself against the rockets that Hamas fired.

The ‘winds of change’ are blowing, if recent developments are any indication. Peter Beinart, in his book The Crisis of Zionism argues that there the continued building of settlements in the West Bank imperil the very existence of Israel as a democratic Jewish state. Beinart says that the tradition of debate, open-dialogue that is inherent in Judaism is being hijacked by fundamentalist groups in Israel. While groups such as Americans for Peace Now, J-Street and dozens of others work to build up the ‘moderate’ voice that is liberal, accommodating of the Palestinian demands for recognition, the hawks seem to dominate the debate. These liberal groups are also growing in power and influence, if my discussion with the youngsters is any indication- and so is the public sentiment among American Jews- who are overwhelmingly liberal. On another note, Hamas just gave up control of Gaza to the Unity government a few days ago, according to news reports. As Rami Khouri reminds us, the challenge before us is whether the rival factions will unite. Further to this, I believe something more important than this is whether this unity will hold, and if Israel will recognize this unity. He calls this negligence to establish order within the ranks of PA and Hamas ‘ a criminal negligence’.

Finally, as Walt reminds us, it would help to remember that lobbies are special interests, that operate to achieve their ends. They may at times be the tail that wags the dog, but generally, as a rule; the dog is in control of the tail. Knowing this reality will help clarify any exaggerated claims – whether it is in the case of Israel or the NRA.